We’ve said this before, and we’ll probably say this again … YOU CAN’T MAKE THIS STUFF UP!

A few weeks ago, toward the end of the baseball regular season, Bruce Maxwell, a backup catcher few had heard of, who plays for the Oakland A’s, a lousy team with attendance and stadium issues, basked in virtue-signaling glory after becoming the first Major League Baseball player to kneel for the National Anthem. By the end of the season, Maxwell was still the only player to have knelt for the National Anthem.

And as of Saturday, Maxwell became the only MLB player to have knelt for the National Anthem to be arrested for aggravated assault after pulling a gun on a woman. 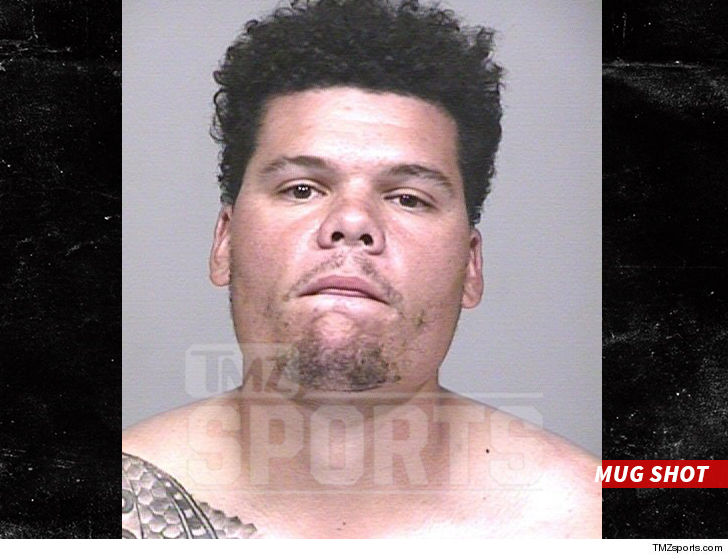 Oakland A’s catcher Bruce Maxwell was arrested for aggravated assault with a deadly weapon after cops say he pulled a gun on a woman … TMZ Sports has learned.

Scottsdale PD tells us Maxwell, 26, was arrested Saturday at 6:08 PM at his Scottsdale, AZ home. Cops say the alleged victim was a female food delivery driver who told them Maxwell pointed a gun at her.

It’s unclear what led up to the incident.

SPD says Maxwell was booked on charges of aggravated assault with a deadly weapon and disorderly conduct.

Cops say he is in custody and awaiting his initial appearance in front of a judge.

Maxwell now has been arrested more in the last month than all the players in the NFL combined (zero times, somewhat shockingly).

Actually, as in turns out, Maxwell now also has the distinction of being the only MLB player to have knelt for the National Anthem to be arrested for aggravated assault after pulling a gun on a woman just right after making a self-promoting lie about a waiter refusing him service over his National Anthem protest.

According to Fox News:

Oakland A’s catcher Bruce Maxwell, 26, claimed this week that a waiter in his Alabama hometown of Huntsville refused him service after identifying him as the MLB player who took the knee during “The Star Spangled Banner” last month — only the waiter has a very different version of events and he told Fox News that was far from what went down.

“He is outright lying. This is really upsetting as he was given full service, I didn’t even know who Bruce Maxwell was,” Matt Henry, a 42-year-old waiter at Keegan’s Public House, told Fox News. “This all started because I carded his friend who wanted to order a beer.”

According to Henry, an Alabama native, Maxwell was dining with local Democratic councilman Devyn Keith and another friend who produced an expired ID, and the server refused to serve him a drink —  which upset the friend, who followed him into the kitchen.

“He asked me, ‘Don’t you know who Bruce Maxwell is?’, and told me I was making everyone feel uncomfortable. Nobody was even paying attention to them,” Henry claimed.

“I didn’t know anything about him or the kneeling. All I know is a friend of mine 15 years ago lost his job for serving someone a drink who happened to be underage, so if anyone looks under 30, I’m going to card them.”

The waiter said that the councilman then complained to the restaurant’s manager about Maxwell being uncomfortable, and the manager simply swapped me to another table, and that it was “no big deal.”

The restaurant manager on duty that day, Anne Whalen — who requested the restaurant name not be used without permission from the owner — also told Fox News that Maxwell’s story being portrayed in the media could not be further from the truth.

BEYOND WORDS: What These Cadets Just Announced Will Make Trump Smile Like Crazy

Moments Ago, Pres Trump Walks On Field And Does The INCREDIBLE!